Time.  There never seems to be enough of it.  It seems like we’re always in a hurry, doesn’t it? Especially when cooking dinner. I’m all about any kind of time saving tricks I can find. When I found this one, it changed the way I make pasta.  Pasta can be a fast meal, but with this new technique, it can be even quicker. I figured that most of the time the pasta is in the boiling water, it is just softening the dried pasta.  Then, once it’s softened, it can actually begin to cook.  This method I’m about to tell you about softens the pasta to the point that it can begin cooking right when it hits the boiling water. It is actually a way to reconstitute the dry pasta to an almost fresh state.

Here’s how I did it.

I covered the pasta completely with water plus about 1″.  I figured the pasta would expand.  I just left it to soak in the fridge in the morning, and at dinner time it was soft and ready to boil. 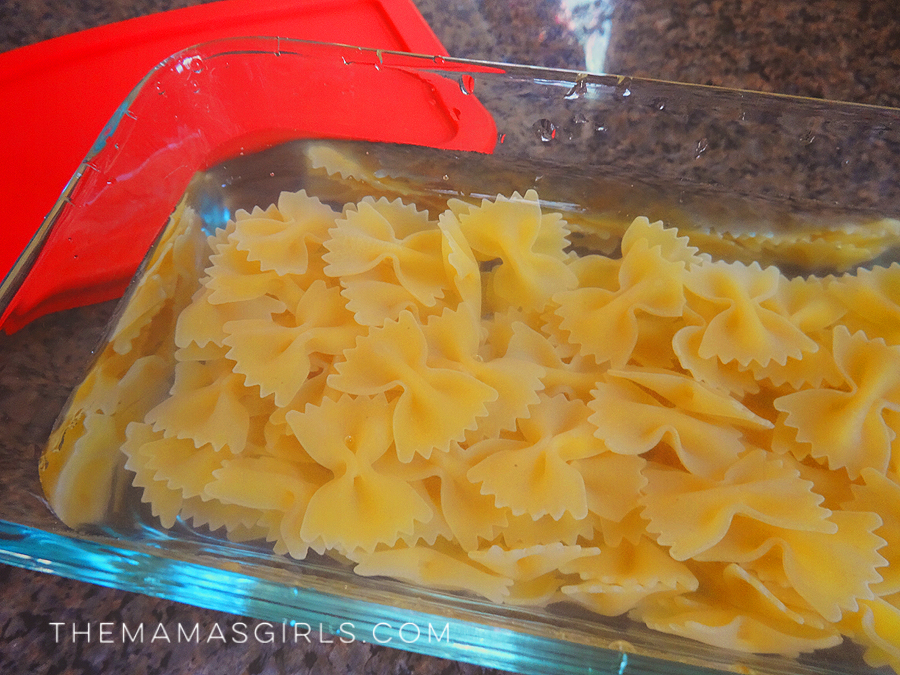 When I was ready to cook it, I drained off the cold water, then put the softened pasta directly into boiling, salted water.  It only needed about 90 seconds of boiling and it came out as if it had been boiling for 10-12 minutes. That’s a net savings of 8 ½ – 10 ½ minutes! Woohoo!

The first time I tried this, I was curious to know what the pasta would taste like after it had been soaking, so I bit into a piece of the soggy pasta. It tasted exactly like you would think biting into un-cooked, soggy pasta would taste like. Yeah, it was yucky! It had a weird color and texture and I wondered if it would turn mushy after cooking. Here’s what it looked like after soaking: 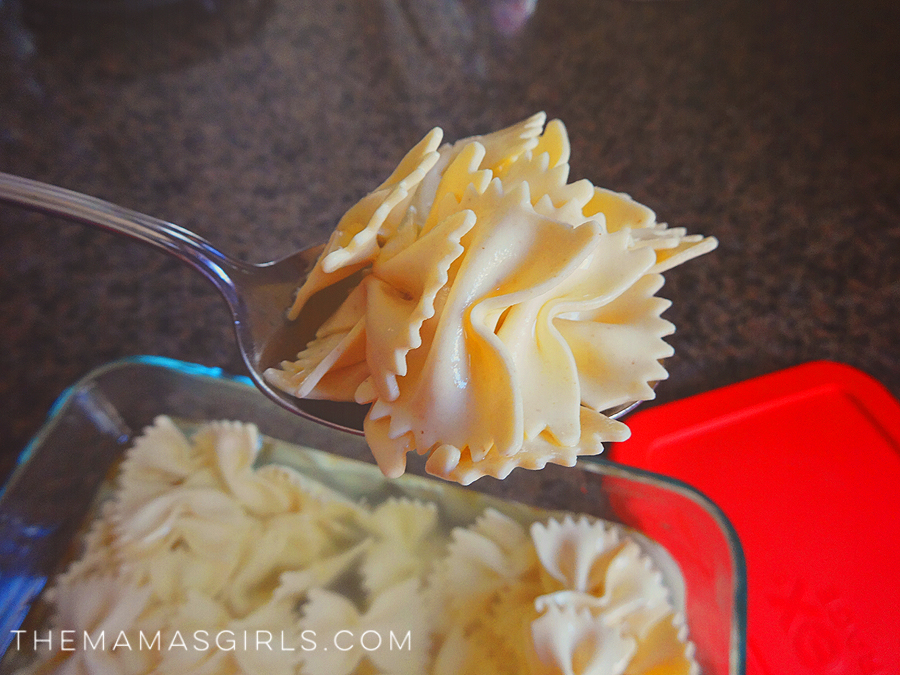 But I went ahead and boiled it anyway. I was pleasantly surprised with the pasta after it had boiled for only 90 seconds! (When I used to cook pasta the traditional way, I would start the timer after the water returned to a full boil. I have found that this is also best for the quick-cook method.) After the pasta goes into the water, the rolling boil will die down for a moment. When the water returns to a full boil, start the timer for 90 seconds.

Here is my perfect, quick-cooked pasta  It’s not soggy at all! 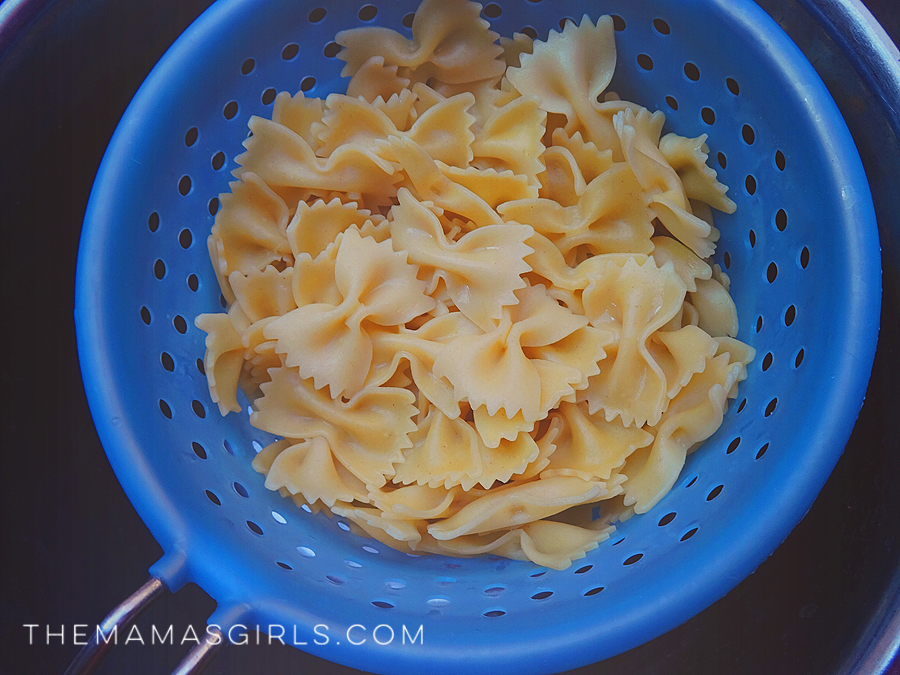 I tried this quick cooking method without telling my husband about my experiment. After he had eaten his bowties with meat sauce, I asked him how the pasta tasted.  He said it was really good!  I quizzed him further about the texture of the pasta and he said it was “perfect!” (He is one who hates mushy pasta, so I knew he was the right person to ask!) By the way,  HERE is a link to our DIY Spaghetti Sauce Seasoning Mix. It makes the most delicious homemade spaghetti sauce – and the best part is that it doesn’t come from a jar.

Try this quick-cooking pasta trick.  You’ll be amazed and wonder why you have spent so much time and energy steaming up the stove top to cook a simple pot of pasta. Dinner can be ready in a flash!

I realized that this is also a great trick for camping too. If you are boiling your water on a camp stove, this quick cooking pasta takes way less energy to cook.

Here’s my Collapsible Colander. I love it because it’s collapses to become flat. Right now these are available on Amazon Prime, so you can get one delivered in a couple of days. I promise, you’ll love it!