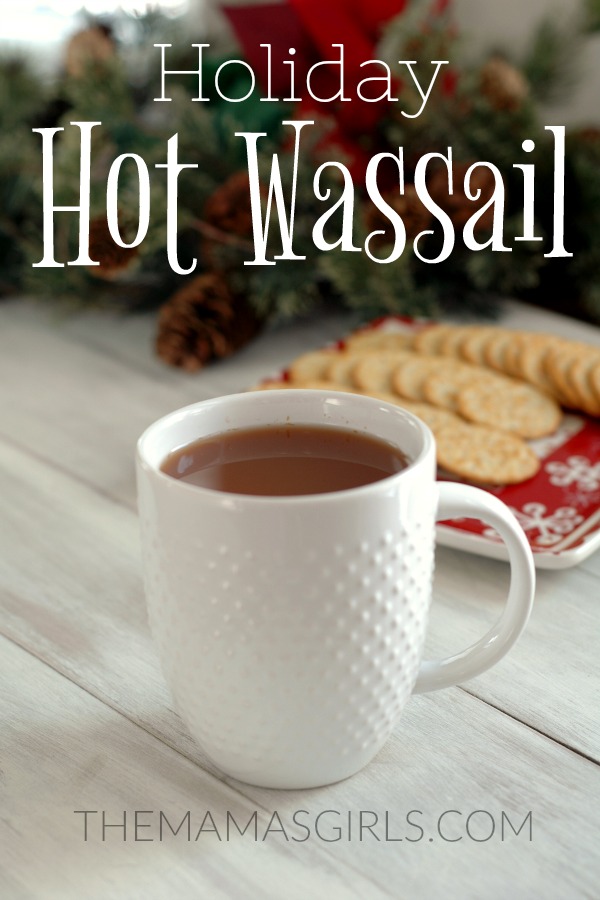 If you’ve never had hot wassail, you must try it this Christmas season.  Wassail is a hot mulled cider, with lots of holiday spices. It is a tradition at our house for Christmas Eve! It starts with a base of apple cider, added to that, a little orange juice and some pink lemonade. (I also like to toss in a handful of cinnamon red hots candies for color and added flavor!)

It’s perfect for serving at holiday parties because it smells so good while it’s simmering. In fact, it smells like Christmas!

In a large stock pot, combine the following and bring it to a boil:

Boil 2 minutes, then strain* it with a cheesecloth to remove the whole spices (*you won’t need to strain it if you make it with the ground spices.)

Return to a boil, then reduce heat and simmer and stir occasionally until the red hot candies are dissolved. Serve hot. (it makes a couple of gallons!) It stores well in the refrigerator, so you can enjoy it all the way into the new year!