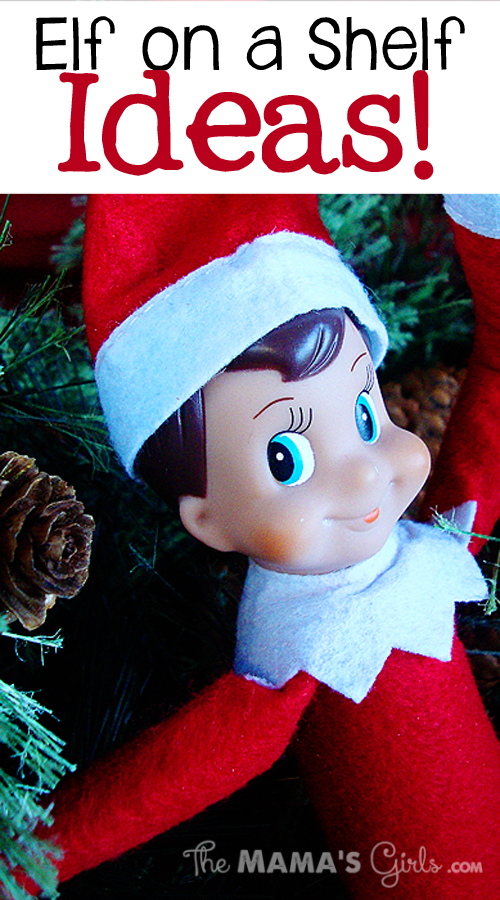 Last Christmas, I don’t know who had more fun, me or my grandsons. They came from out-of-state to stay the week before Christmas.  In advance of their visit, I bought this mischievous little Elf on a Shelf from Amazon.com

.  (It was fortunate that I ordered it early, because they usually sell out quickly!)  Here’s a link if you want to get your own mischievous little Elf on a Shelf.

To order, click on The Elf on the Shelf

Every night after they went to bed, I (I mean the mischievous little elf) did crazy and silly things around our house.  They kids were always excited to get up the next morning to see what he had done this time!

One morning, my 5-year-old grandson went to use the bathroom.  He found the Elf with a candy cane fishing pole, fishing for goldfish crackers in the blue toilet water! 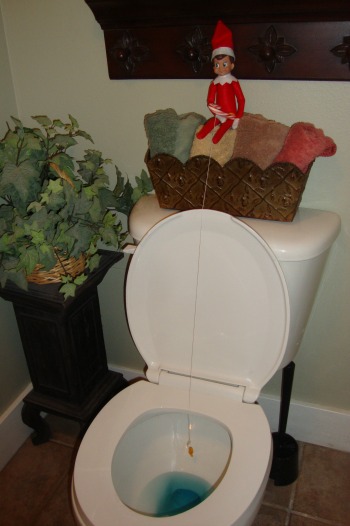 Another night, while we were all asleep, he used a dry erase marker and drew mustaches and beards on the glass framed pictures of all of the family members!

The boys nick-named him “Rudelf!”  Most of the time he was rude, but he was also nice because always left them a little treat.

Once, when no one was looking, the Elf hung some of their underwear in place of the stockings on the mantel!  Crazy Elf! 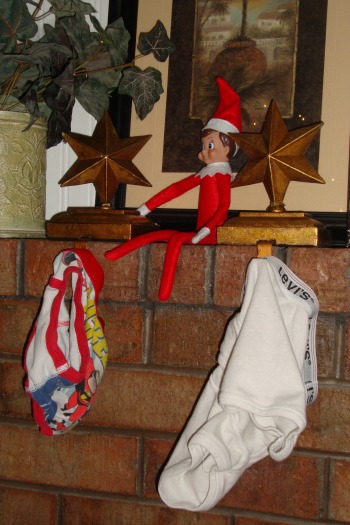 This little elf was silly enough to decorate our Christmas tree with toilet paper!  And on the toilet paper he had written “only 4 days left ’til Christmas!” 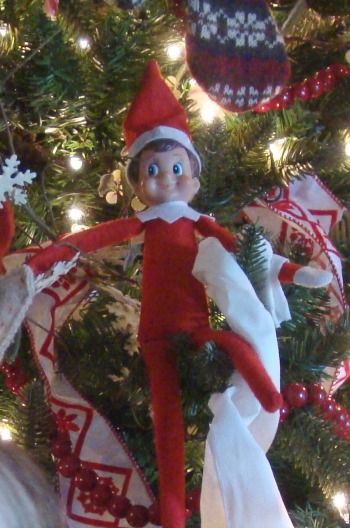 I think their favorite prank was when the Elf on a Shelf made a big mess while trying to decorate an ice cream cone to look like a Christmas Tree.  He must have been eating the green frosting, because he still had some on his face!  (He was nice enough to leave out the frosting and candies so that the kids could make some too!) 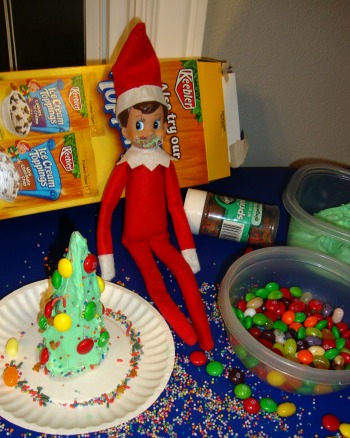 Hope to see you next year, Rudelf!

Here are a few more ideas I (I mean “he”) might do next year!

Eat mini Oreos and make a mess!  (and leave some out for the kids!)

Sit in our mailbox with a Letter from Santa!

Make a mess while wrapping a present for the kids!

Play a game of Candy Land with a teddy bear!

Type a message on the computer screen!

Make a “snow angel” on the kitchen table using candy sprinkles instead of snow!

Has the Elf on a Shelf been to your house?  What are some of the funny things your elf has done?