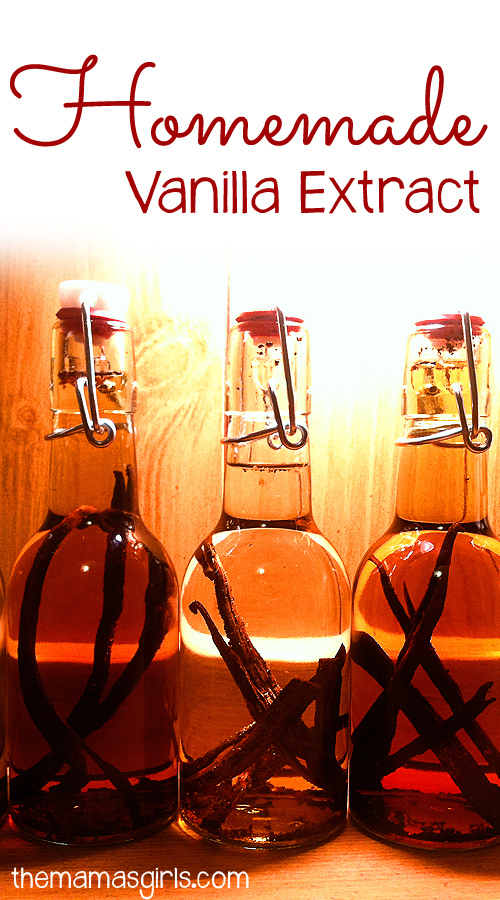 My husband is the one that gets really excited about making things that most people just buy. He convinced me a few years ago to try making almond milk, and also making our own vanilla. He really loves anything that is homemade. 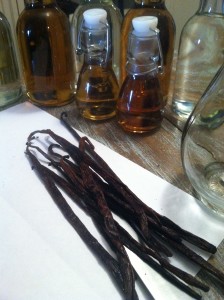 To make it I bought:

Rule of Thumb: Use one whole bean for every 6 oz. of liquid to get a nice rich vanilla. 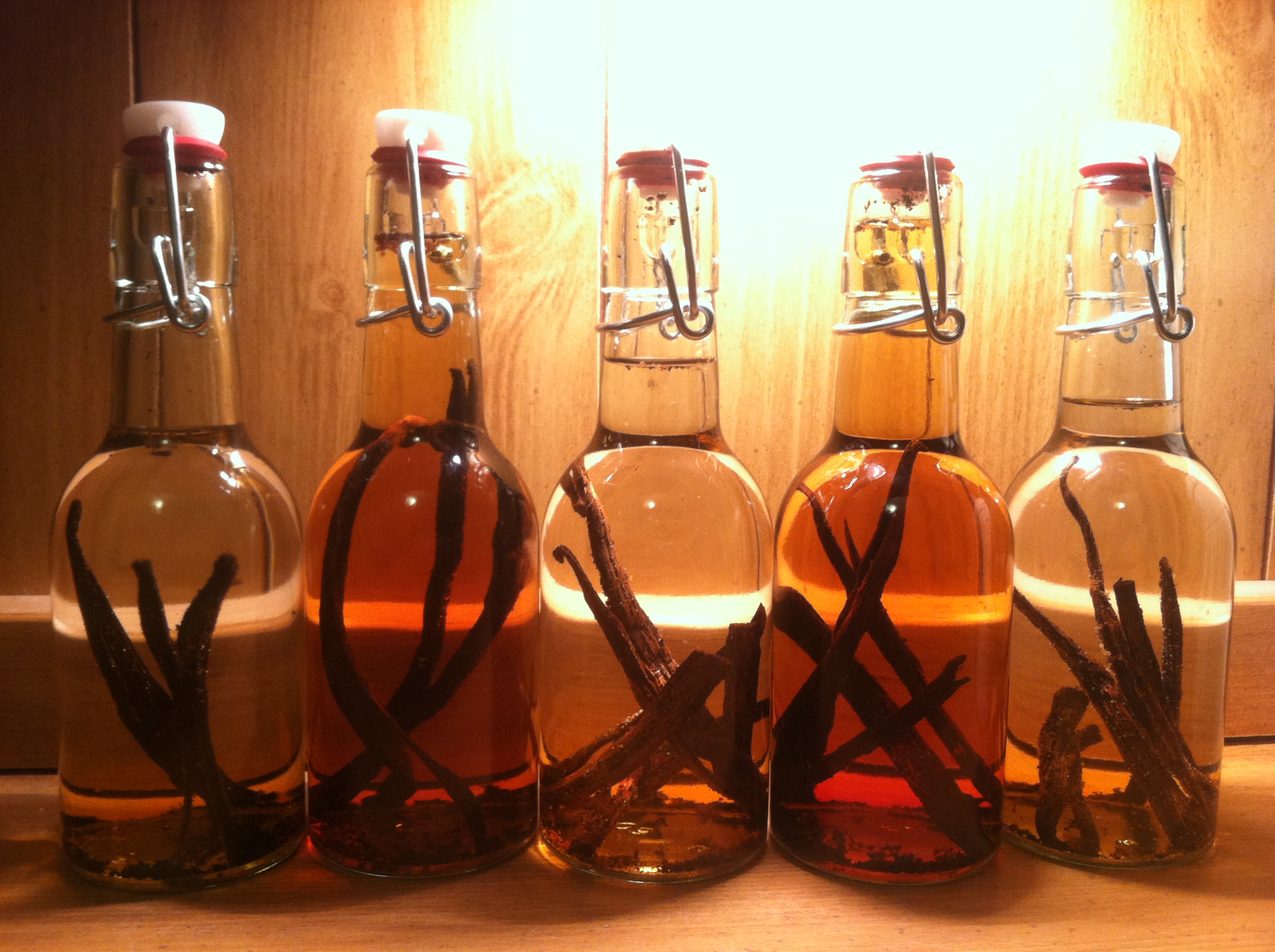 Scrape out the black fleck seeds from the bean and put it in the bottle.

Then cut the bean to the proper length for each bottle and add it in as well.

Pour the alcohol over the beans using a funnel.

Last, seal it up and let it sit for at least 30 days before using. It will be at its prime in six months, so if you can wait, it will be worth it.

If you are doing this for neighbor Christmas gifts, try these mini bottles