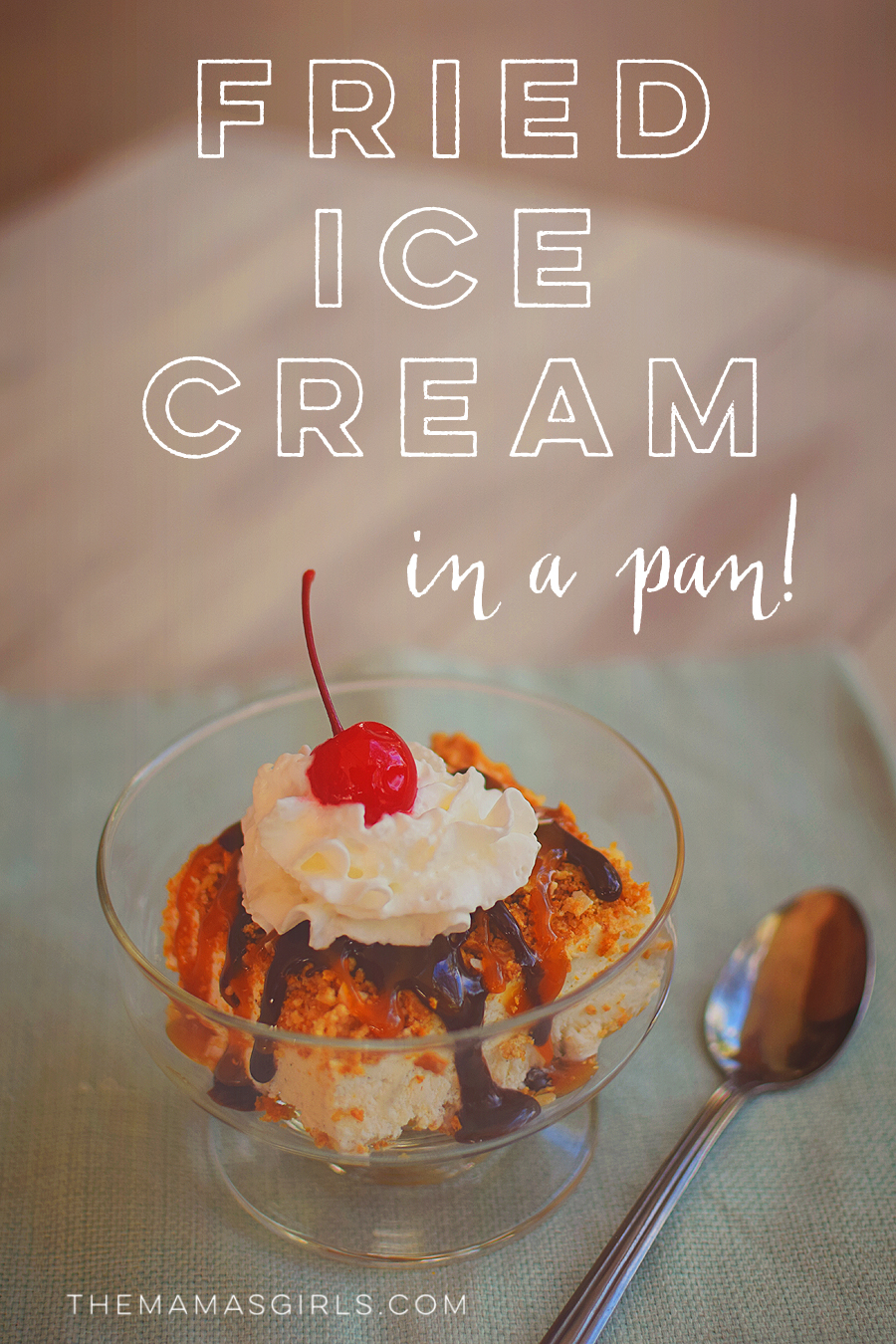 There are not many people I’ve met in my life that don’t like ice cream. This is a fancy ice cream dessert that takes very little effort to make, but tastes delicious and is a pretty presentation! When I make this, I always make more than I think I’ll need because most will want seconds! It tastes like it’s fried ice cream, but it’s not fried! It has a crunchy crumb crust and topping that makes  you think you’re eating fried ice cream. It has a very subtle taste of cinnamon, (so subtle that it makes you wonder where that deliciousness is coming from!) You really must try this!

When it comes to entertaining, I’m one who likes to make things ahead of time if at all possible. It seems to make the gathering go a lot smoother. This Fried Ice Cream in a Pan is so easy to put together and pop into the freezer a day or two ahead. When you’re ready for dessert, just take it out of the freezer about 10 minutes before you want to serve it. This allows it to soften just enough to cut it into squares.

Remove the ice cream from the freezer and allow to soften slightly while you prepare the crumb mixture.

Put the loosely measured cereals into a zipper seal bag and crush (by rolling) into small crumbs. 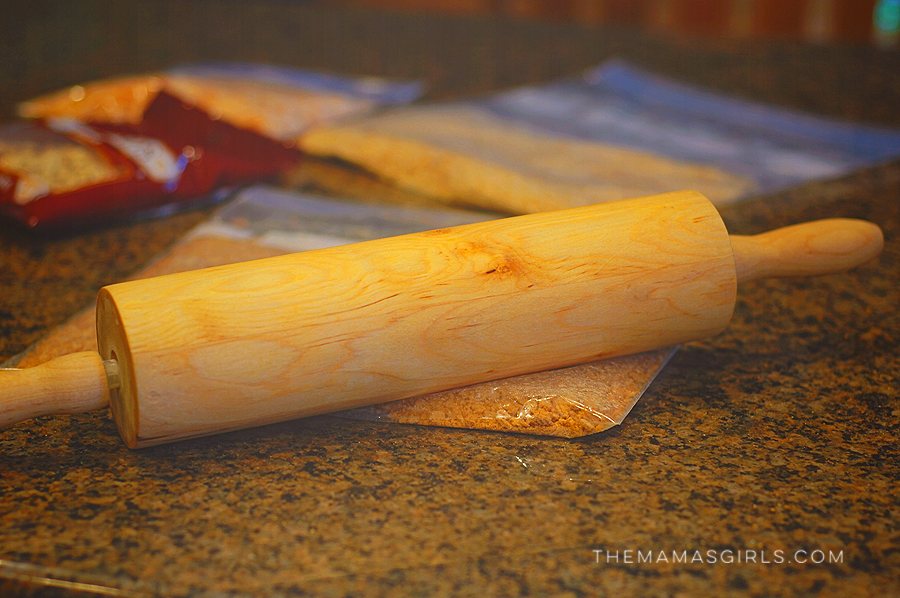 Drizzle in the melted butter 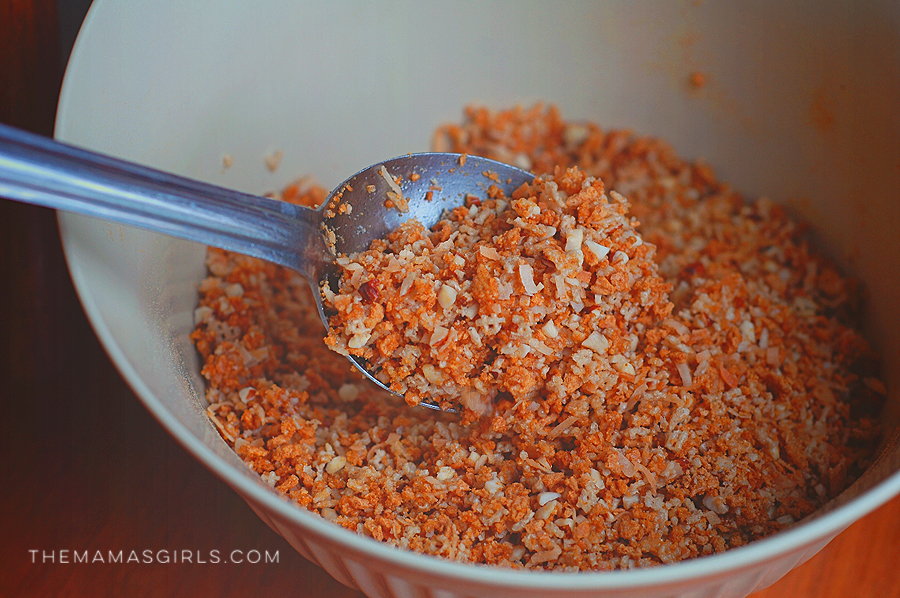 Spoon half of the crumb mixture into the bottom of a 13 x 9″ pan and press down evenly.

In a large bowl, put the ice cream and fold in the cool whip and cinnamon. 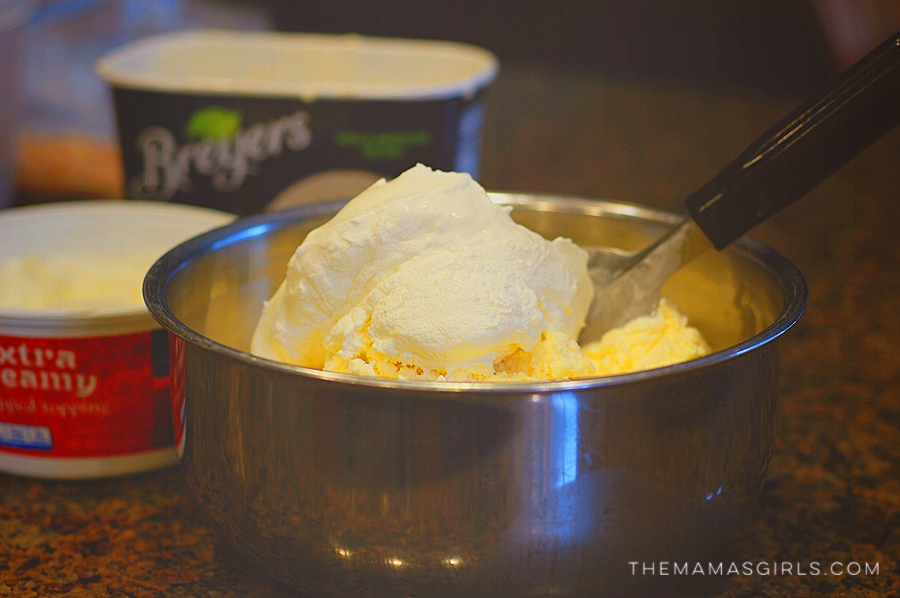 Spoon the ice cream mixture into the crust 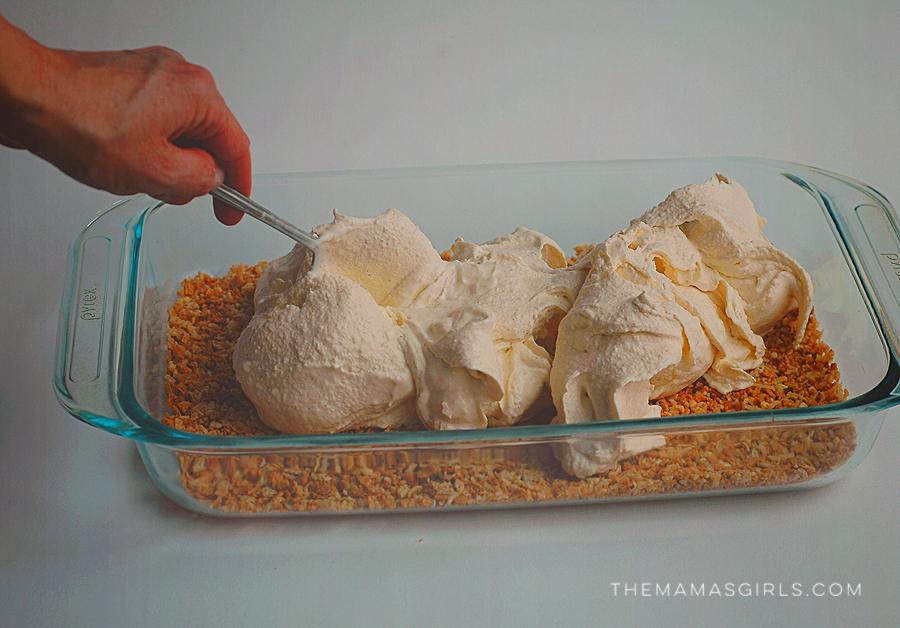 and carefully spread it out. (I like to use an Offset Spatula 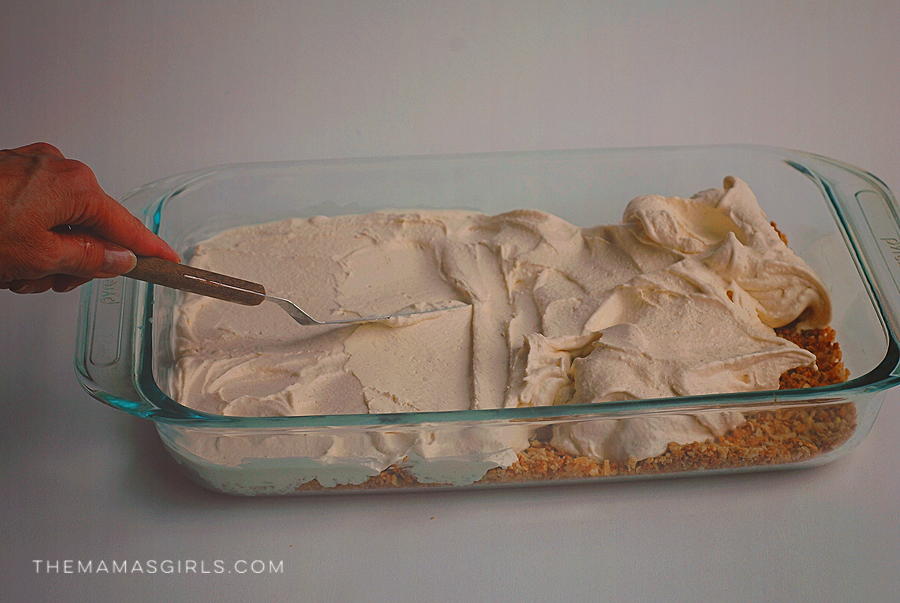 Spoon the remaining crumb mixture on the top. 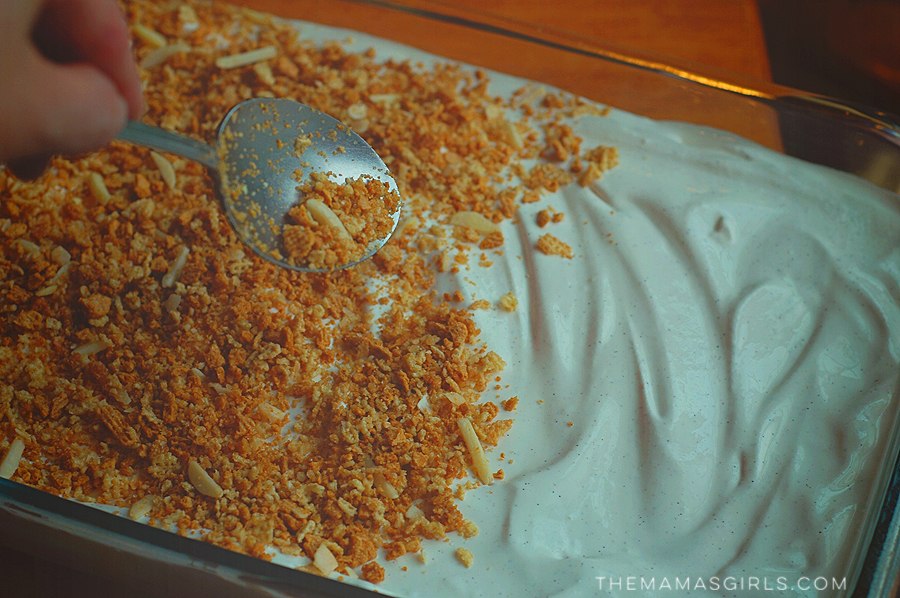 Cover with foil and freeze at for least 6 hours.

Remove from the freezer about 10 minutes before serving. Cut into 12-15 squares. Drizzle with hot fudge sauce and caramel topping. Then top with whipped cream and a maraschino cherry on top!