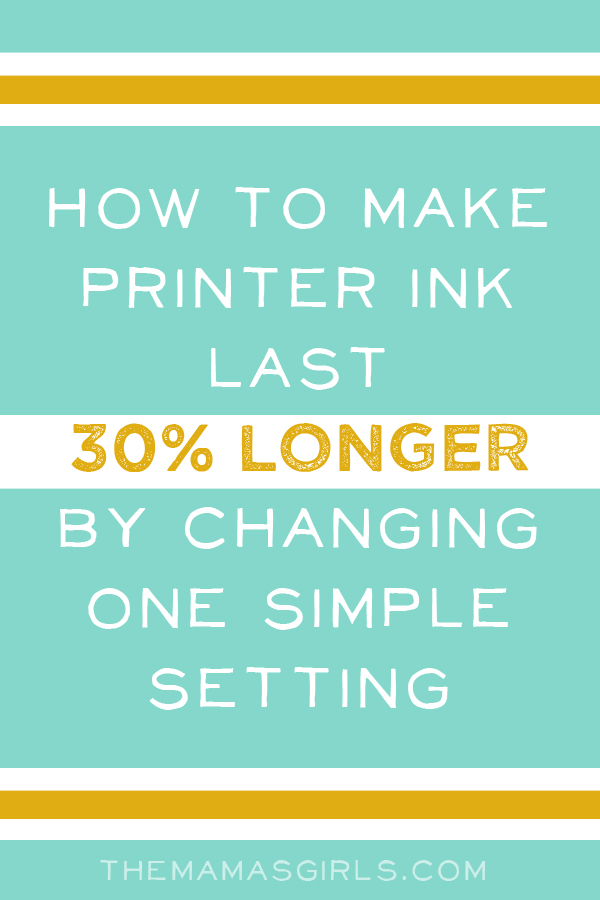 This is absolutely genius. Recently, I saw in the news that a teenager figured out how to save money on printer ink by changing one small setting on your computer. It all started with his science fair project. He noticed that computer ink is two times more expensive by volume than an imported French Perfume. Here is what he found.

Most documents are printed in the font “Times New Roman”. During the science experiment, he learned that by using “Garamond” a strikingly similar font that uses less ink, individuals, businesses and governments could save MILLIONS annually.

According to an article on KSL.com, the Federal Government has an annual printing expenditure of 1.8 Billion dollars. This science experiments says to reduce the use of ink by 30%.

Below shows the difference between the two fonts. The one on the top is “Times New Roman” and the bottom is “Garamond”. 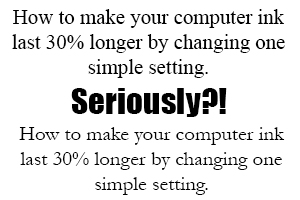 A big thank you to the 14-year-old Suvir Mirchandani who figured this out.

What are your thoughts about this?

P.S. Another way to save is to buy your ink in combo packs. I was told once that the refillable ink stores often don’t fill them as much and it is better to buy them new. It may be the ink store that I tried, but I had that experience more than once.. (The refill only lasted about 10 pages) Disappointing to say the least. I would rather reuse the cartridge to reduce waste, but not if the ink won’t last.

« Flowers For The Fiesta
How to Hull a Strawberry »